Tally up your scores and work out whether you have the most A’s, B’s, C’s or D’s, then read the results:

You’ve hit the marital jackpot: this looks like it could be the real thing! You are full of passion, hope, and love for this guy and it looks like he’s feeling the same way about you. Your future looks bright and rosy.

You may have thought that love at first sight was the stuff of romantic novels, but now you’ve found out that it can happen in real life.

Clouds on the romantic horizon? A relationship is often not really put to the test until after the honeymoon and the first hot flush of passion begins to fade. It’s only then you have to start dealing with the more mundane stuff. It’s then that you might decide you prefer the thrills and spills of dating, to the “its Sunday so shall we paint the guest bedroom?” marital bliss stuff.

But at the moment everything is just perfectly passionate – long may your love continue to grow!
MEANT TO BE INDEX: 10

You like this guy a lot: You have a good time with him, he’s sexy, fun, and you look good together. You’ve tried out fitting your first name with his surname and well…it sounds kinda sweet. This guy is perfect easy-date material, but is he the perfect marriage partner? You really enjoy his company, but you certainly don’t swoon every time he enters the room.

So, while there’s no chance of pain, you won’t ever feel that heart-stopping ka-thump when he enters the room like you used to when you were dating. On the other hand, he’s just the marrying kind – strong, stable, dependable (did I say boring?)

He’ll treat you like a princess, so as long as you’re willing to accept that Prince Charming has a sluggish side, you can start ringing them wedding bells!
MEANT TO BE INDEX: 8

According to a magazine article you just read, there are only two good men per state, and now you’re not so sure you found either one of them.

But he’s popped the question and…well…that time bomb is ticking away in your uterus. Is it a case of now or never? And sure, the relationship has had its rocky patches, but show me one that hasn’t you murmur aimlessly to yourself.

Marriage is a wonderful pastime when things go well, but it only takes a couple of rocky patches to start a landslide. But heck, divorce is cheap and when you feel like giving up for good, go eat some ice cream, get a facial, buy some new shoes, and see a weepy movie with your girlfriends… and you’ll discover he’s not that bad after all.

Just keep reminding yourself what a battle that whole dating scene was and do you really want to put yourself through all that angst again?
MEANT TO BE INDEX: 5

This guy is really great: he’s funny, he’s your friend, he’s loyal…but it certainly wasn’t love at first sight. You gradually fell in love with him life you would a cute, cuddly puppy. Thing is, he’s your best friend and you’re quite happy to have him as a really good friend rather than a lover. So he doesn’t cut it in bed? There are worse things could happen – like foot-rot.

You like to think that what you have together is special – a marriage is based on more than just good sex, right? Well, isn’t it? Your intimacy is of the cerebral kind, not the sexual kind, so you can work around the sex stuff.

Anyway, don’t they say the quickest way to stop a woman from having sex is to marry her?

This guy will become like your big brother and together you two can share a lot of laughs. Hang in there girlfriend, after the passion fades, a big brother is a great soul mate to have on your side.
MEANT TO BE INDEX: 6 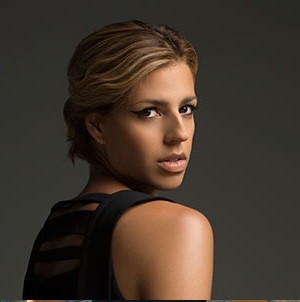